Daniel Portelli is an Australian art music composer who is an alumni from the Centre for Research in New Music at the University of Huddersfield (United Kingdom). He was awarded a PhD in composition with principal supervisor Professor Liza Lim and co-supervisor Professor Peter Ablinger. He is now the unit coordinator and casual lecturer in music at Western Sydney University (WSU). His music has been performed by a range of new music ensembles around the world, such as Tracensemble, Soundstream Collective, Adelaide Philharmonic Choir, Two New Duo, the Melbourne Symphony Orchestra, Tamara Anna Cislowska, ESMUC Ensemble, Claire Edwardes, Liu Ying, and by a robotic piano named RHEA. He guest lectured at the University of Sydney about his artistic research. And gave a webinar about ‘Cultural resilience in a time of crisis’ at WSU. He was the winner of the Winston Music ECF commission at the Soundstream Emerging Composers’ Forum.

His music could be described as involving a particulate instrumental vocabulary with interweaving lines of granulations, microtonality, the use of found objects, instrument building, critical and experimental score-based practices, and theatricality. His work has featured on multiple playlists by Making Waves, a monthly curated series that features Australian art music. These include: Hyperbodies, 2016, A Sense of Space, 2018, and Memory Tape, 2019.

He has a journal article published with Leonardo Music Journal and MIT Press entitled Music gesture and correspondence of lines: collaborative video mediation and methodology, which draws a relationship between gesture, anthropology, lines, correspondence, and his recent developments in video scoring technology. He also has a peer reviewed article published about his quasi-musical theatre work ‘Mapping Australia’ (2014) in the fifth issue of the CeReNeM Journal (UK).

Portelli was involved in the Composition Beyond Music workshop established by composer Peter Ablinger, where he exhibited an interactive video/sound installation at ESC gallery in Graz, Austria as part of Impuls Music Academy. He was a composer in residence in a 16-week multi-art-form collaboration for a library in Western Sydney. And in 2014, he represented Australia as the Young Composer Representative at the Asian Music Festival in Tokyo and Yokohama. His music is published to a CD called ‘Playing with Fire’ released under the label Wirripang Media Pty. Ltd, as part of a series of electro-acoustic compositions performed by highly acclaimed Australian pianist Tamara Anna Cislowska.

I recognise and pay respect to Aboriginal and Torres Strait Islander Peoples, their ancestors, the elders past, present and future from the different First Nations across this country. I acknowledge the importance of connection to land, culture, spirituality, ancestry, family and community for the wellbeing of all Aboriginal and Torres Strait Islander children and their families.

I am committed to actively supporting organisational initiatives that drive gender and cultural equity and removing systemic barriers. 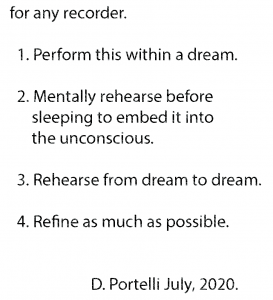