for SATB choir and ensemble – 9′ 34″
violin, cello, electronic keyboard, and percussion with video

Commissioned by Soundstream 2015
Premiered by: Soundstream Collective and the Adelaide Philharmonic Choir
Conducted by Warwick Stengårds
on 16 April 2015

at the Samstag Museum of Art, South Australia

Howling, eerie, and mundane, the work draws on text from the National Inquiry into Children in Immigration Detention 2014, consisting of recollections of children who were held in detention.

“These are the babies in detention centres.”, “They call you by your number”, “staff treated us like animals”, “I feel like I did something wrong, like I was being punished”, “They don’t know how much my mother loves me.”

Musical forces collide as the text is broken up and scattered into a colourful game-like animated video score. Performers vocalise the implied sounds in the silent videos, such as multiple waves crashing against the rocks, and sandpaper grinding on surfaces.

In this performance and recording, sopranos from the Adelaide Philharmonia Chorus – positioned upstairs in a balcony – whispered their words like a hovering throng of tiny lost souls above the audience’s head. Then a burning flame, projected in slow-motion video, symbolically incinerated all memory of them.

This is the video score that everyone in the choir works from, including the conductor. The same video is watched and synced on multiple devices (for example, an ipad), alternatively a single video can be projected on to a big screen for all performers to see.

The performers are to vocalise the letters as they pass over the red line. Hold each consonant and vowel for the duration that red line passes over the rectangle the letter is in.

Letters in black are sung.

Letters in blue are fricatives sounds.

Letters in red are plosive sounds.

When letters are together hold that sound continuously, do not re-articulate each one.

The starting notes for each vocal group is shown in the first set of glissando interval ranges (at 1’35”) and shown in the diagram below:

Available to purchase at the Australian Music Centre website

To be projected to the audience. 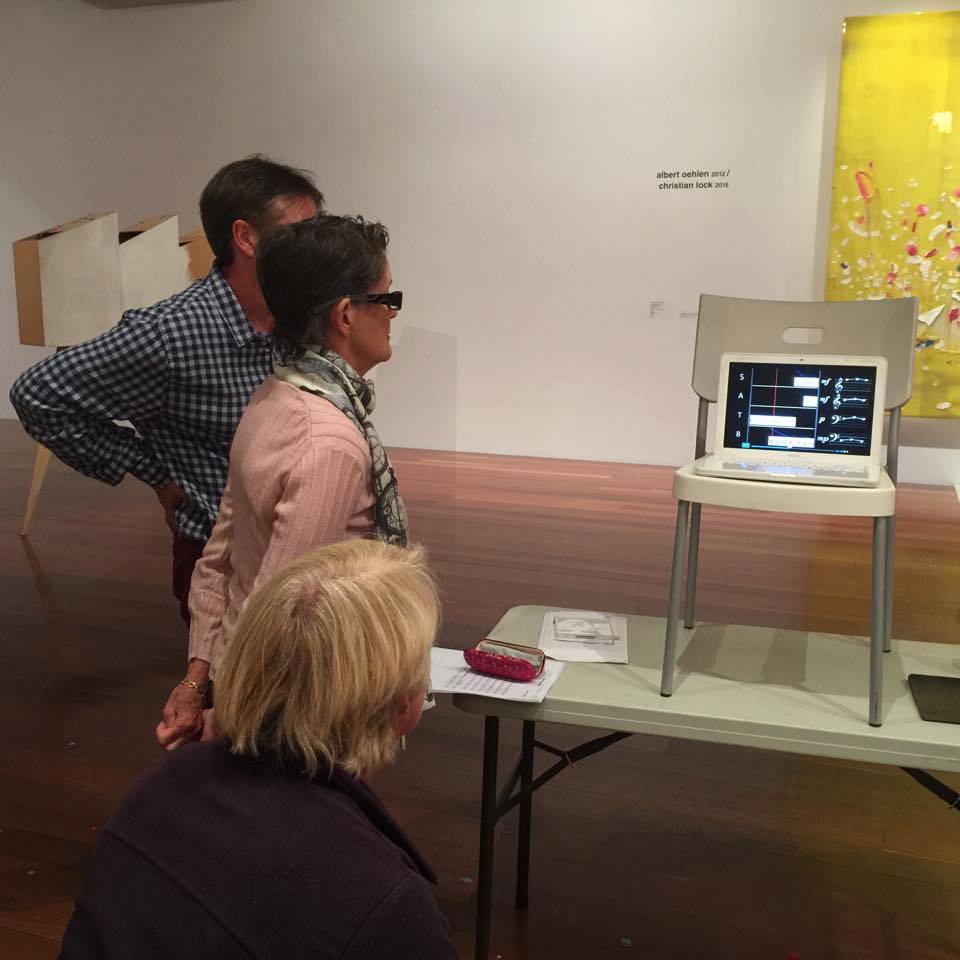 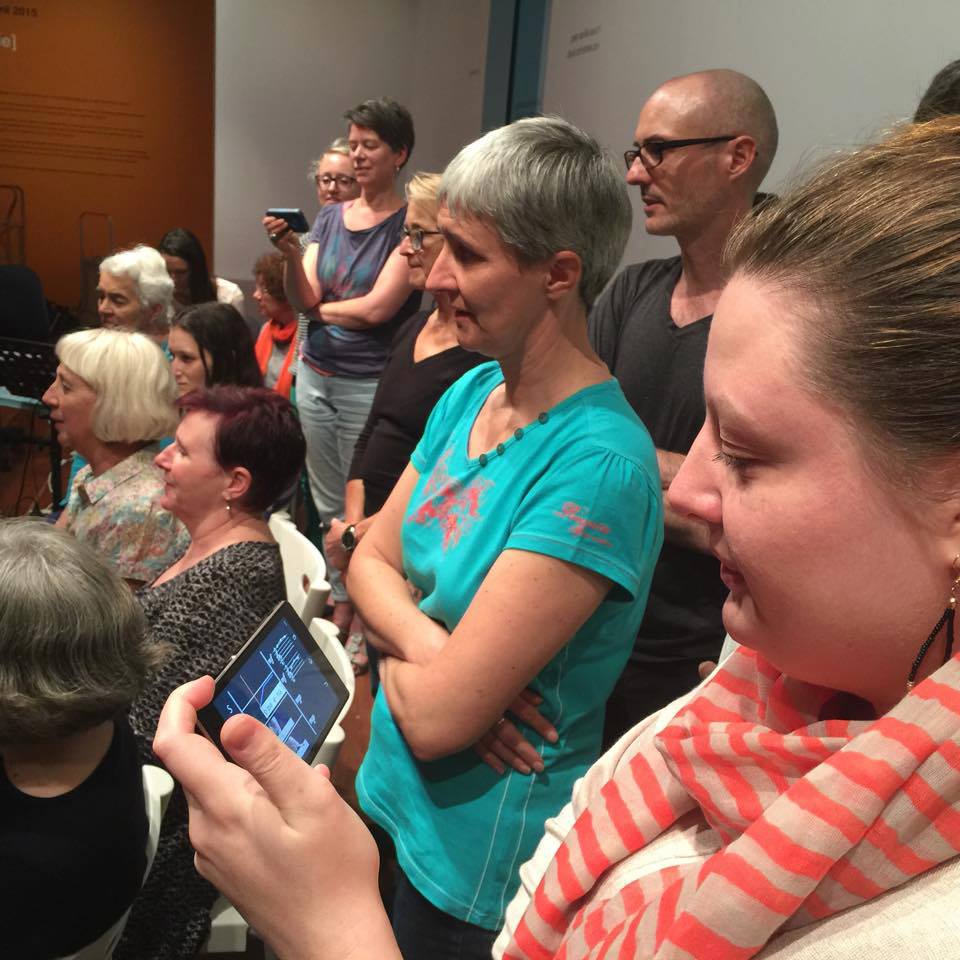 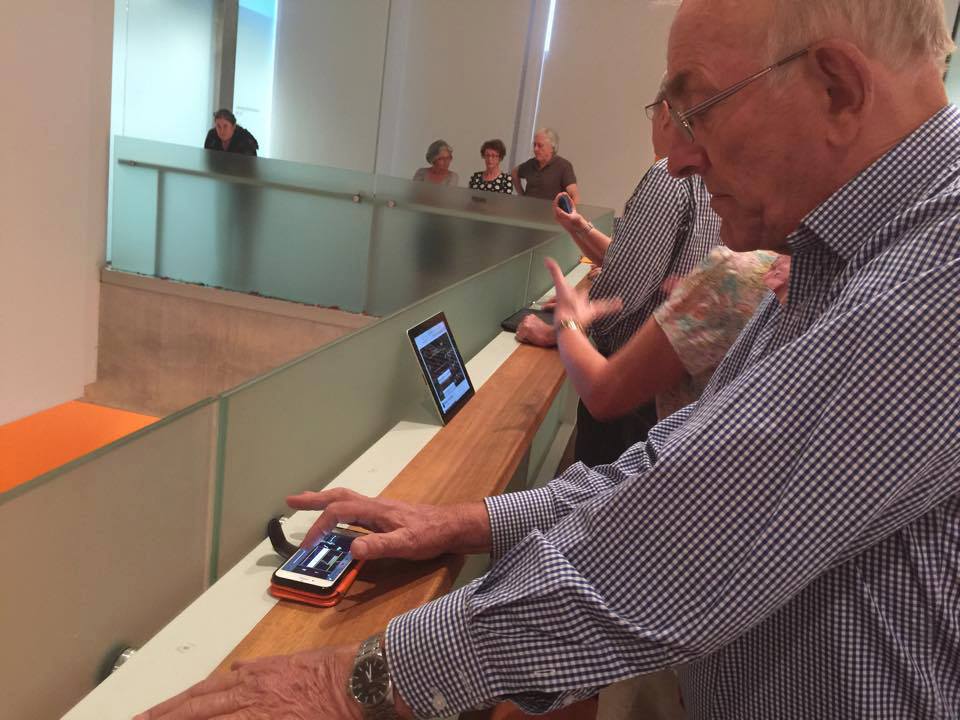 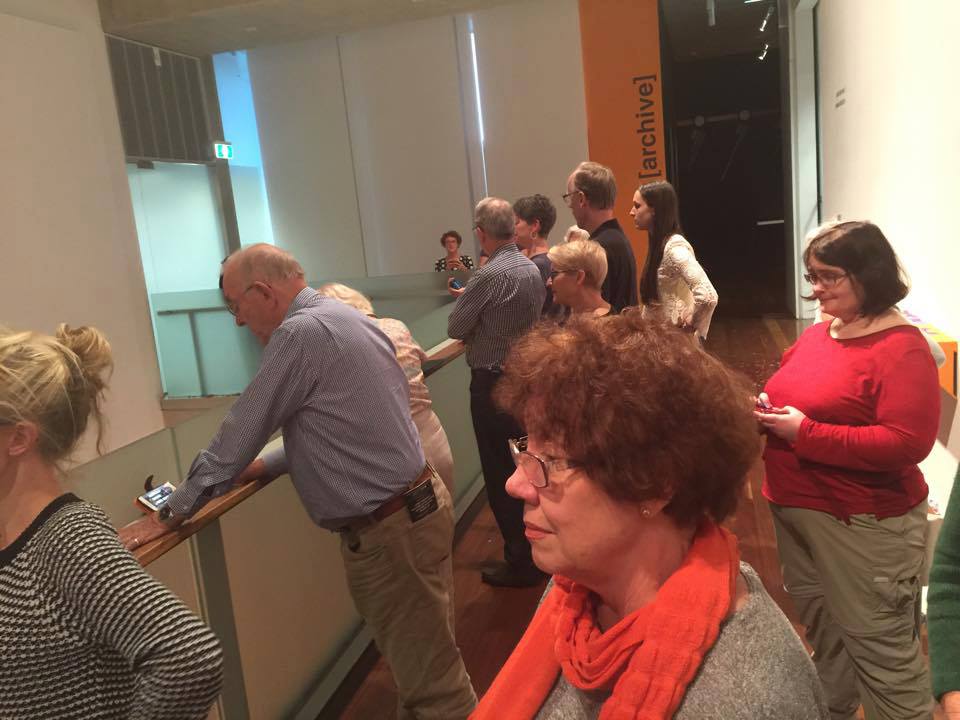